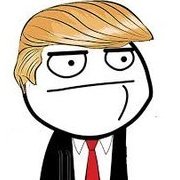 30% coupon as a middle finger

By Humorpalanta, April 19, 2018 in General Discussion