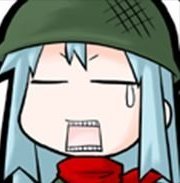 Steps are being made - Matchmaking !!! Still needs work.

By Hammerald, April 13, 2018 in General Discussion