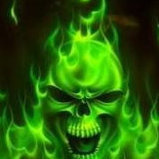 Hello, wanted to ask whats happening with premium ships? Most of them are removed from ingame trees and from the shop. Wanted to buy a couple of T5-T7 premium ships but seems like no. Whats the reason behind it and how i am supposed to get/buy now all those ships that got removed? Glad i got the Giulio Cesare, wanted to try a couple of premiums but seems like WG dont want money.

5 answers to this question