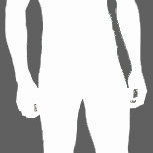 Explain this before I lose my s**t

By Grandorf, February 20, 2018 in General Discussion