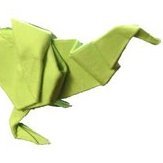 "Southern/Eastern Dragon" bundles are a scam?