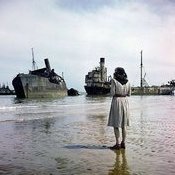 Hello to Every Man Jack

By Braunschweige, February 14, 2018 in Newcomers' Section