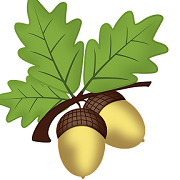 These are two volleys from the same gun (Japanese battleship at 15km).  Red looks more accurate, doesn't it?  Once you plot twenty volleys total, I got this:
1.8 sigma (red) vs 2.1 sigma (orange).  Same gun, same range, same vertical and horizontal dispersion. Notice how oranges shells tend to cluster more towards the middle?  These guns have the same maximum dispersion field -- you can almost get a hint of what it might be by so many of Red's shells landing towards the periphery (even then, they're not many).  However, it's undisputed that orange's shells are more accurate between the two.  But you would be unable to see this in a single volley.  It's only over time that sigma makes itself felt with many, many, many samples.  In game play terms, good sigma makes it more likely that you'll have that one off shot where all of your shells cluster together and deliver the perfect, monstrous alpha strike with multiple citadels.  I stress, that it makes it more likely.  A ship with lower sigma can still pull off the same feat -- it will happen less frequently, mathematically speaking.  Once you toss in the variable of human error, it's unlikely that most players can discern the difference except after a lot of experience.  If dispersion is perfect but your aim is off, you won't land that massive hit, so trying to weigh in on sigma after even a handful of games is ludicrous.  It takes time to notice the trend -- a lot of time in some cases and some people never really appreciate the difference.     Source - https://forum.worldofwarships.com/topic/148963-why-won’t-wg-list-shell-penetration-krupp-values-sigma-etc-for-ships/