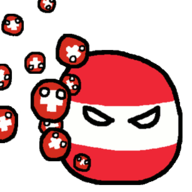 By Brainzzzzz, January 20, 2018 in General Discussion

This poll is closed for new votes