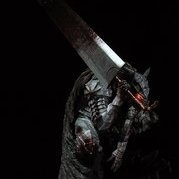 Just got my hands on Roma, and I have to say, well done! Really FUN ship. Good guns nice armor, and I guess balanced by not having decent AA and pretty bad range(18.1km?), but it's not really meant to be sniper, so meh, it's fine!

But...I purchased the Kobayashi camouflage, because of huge financial benefits. However, the beer keg/boiler on top of a battleship and the general VOMIT splash of colours and patterns makes me cringe whenever I look at the ship - and it's quite a bit of time. I have met quite a few people both HAVING and NOT HAVING Roma speaking in similar manner about the camo appearance.
There is an option NOT TO SEE the camouflage, but atm, it also DEMOUNTS the camouflage, not letting you have the benefits for which we purchased it.
There is another option, and that is to use external mods to either remove the camo visually, while still having it, and to even have some modified versions of the said camouflages.

Why doesn't WG give us the similar option? I don't know who in the right mind approved these appearances (both Kii and Roma Kobayashis), and that none of the testers ever said anything to you about this...(if they were given access/notified about it).

Problem with using mods to cure the vomit issue is that it affects other camouflages that are actually ok, good looking or even loved.

WG, please make it possible to have the appearance ONLY be optional, not the camouflage effect itself as it really is disgusting to look at.
Please? Pretty please?


EDIT: To each his own, some people will like the camouflage, and I hope they have best of fun using it and looking at it. I understand the ARP/HSF/Dragon and some other specific camouflages being in game too,  they have their own place for fans of certain anime/manga whatever. But I really hope WG understands that this really isn't anywhere near likeable or even tolerable for a big chunk of customers and players with Roma.