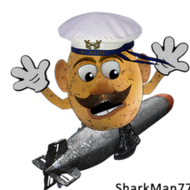 not a clickbait A new level of ABYSMAL...

By SomeBot, January 16, 2018 in General Discussion