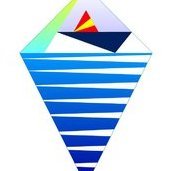 HEPL! Mogami, the lovable scamp - Playing tips, if you have any?

By RAHJAILARI, January 12, 2018 in General Discussion