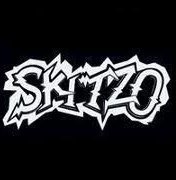 What does Reporting someone ACTUALLY do?

So say some idiot decides to nerd rage in chat and calls everyone retarded (insert swear word here) because he crashed his ship into an island and blames everyone else for it which reporting option would you use and what does it do?

Now say that same idiot decides to start shooting his own team mates because he has the emotional control of a 5 yr old which report option would you use and what would it do?

Say theres a group of BBs hiding in a corner of the map being completely useless in a game which report option would you use and again what does it do?

So far i understand that theres a Karma system which the way i see it is completely irrelevant because your the only one that can see it (unless im wrong) and lets face it people can have the best match, kill everything in sight and still wont get complimented so the whole Karma thing seems a bit pointless but what about the serious stuff like people being complete (insert swear word here) and deliberately going out of there way to mess with people. Does reporting them actually do anything? If it does how does it? and which option would you use for that?