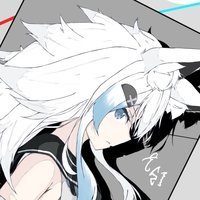 By Shirakami_Kon, December 12, 2017 in General Discussion

56 comments in this topic