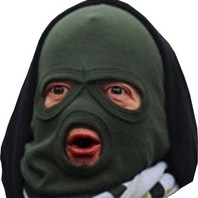 Prinz Eugen aka Hipper and WG attitude towards her

By peepoSoviet, November 17, 2017 in General Discussion

118 comments in this topic