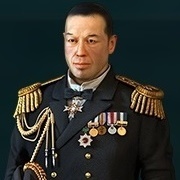 Unification of events on NA, EU and ASIA - It's happening!

By Vanhal, November 1, 2017 in General Discussion