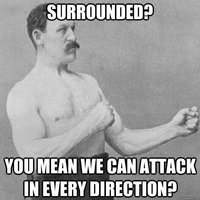 Will the Nikolai ever return

By NoSoRetroJakko, July 3, 2016 in General Discussion

75 comments in this topic