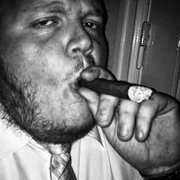 Threats in post-game chat. More specifically (potential) death threats. What to do – if anything?

By ZeuSueZ1337, April 3 in General Discussion