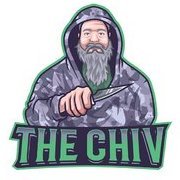 And this is why I am turning off Chat

By The_Chiv, March 23 in General Discussion