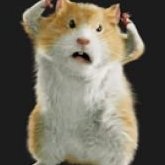 By _FrostVortex_, January 29 in Development Blog