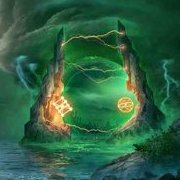 Mysore should get a permanent version of the "Indian Tricolour" camoflage

By XDMeloniXD, January 26, 2021 in General Discussion