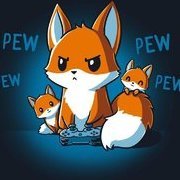 This match has been brought to you by Wargaming.

By Comrade_Fluffs, January 23, 2021 in General Discussion