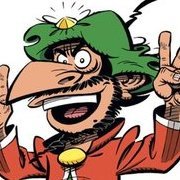 By Iznogood_DK, January 16 in General Discussion