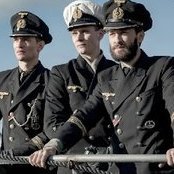 Taking the +1 fighter plane skill worth the point ?

By Beastofwar, August 24, 2020 in General Discussion