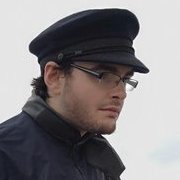 Why no carrier fighters consumable at T4?


I get that the lack of a fighter consumable at T4 was a way to allow the new players to smoothly learn the basics of the CV gameplay after rework.


However, right now at T4, the carriers are really having it good it'd even say they are OP. Because there is no opposition. Most of the ships have no way to threaten your planes. Here in fact, the only things you want to stay away from are Texas and some other WW2 refit ships. The fact there is so little threat to your planes other than that makes it very easy to sealclub in CVs. I do it too, it's relaxing.
In this environment, I think allowing the fighter consumable would give the planes way less impunity than they have right now, and make the gameplay less unfair to surface ships, if their carrier cares about them.