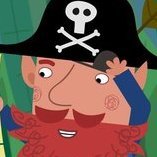 Molotov, is it fun?

By HansRoaming, July 24 in General Discussion