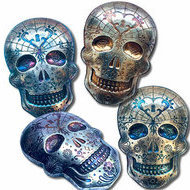 Low-Tier Gems: Ships up to TIV

By NobleRipper, June 23, 2020 in General Discussion

94 comments in this topic