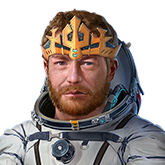 A problem the game has...