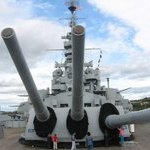 By Isambard_Kingdom_Brunel, March 9, 2020 in General Discussion