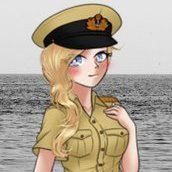 By AdmiralTonya, February 3, 2020 in General Discussion

73 comments in this topic