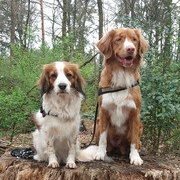 What do I need to do for Operations?

By Purnylla, December 14, 2019 in General Discussion