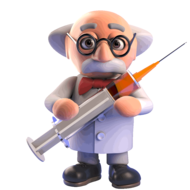 Radar still ruining gameplay and WG dont care about it

By DocStrangeFruit, December 1, 2019 in General Discussion

114 comments in this topic