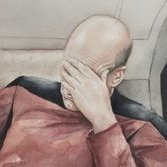 Ranked Season 14: Battle of the Smolensks

By hamed_pour, November 28, 2019 in General Discussion

109 comments in this topic