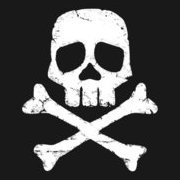 SHIPS XP MUST BE FREE

By CAPTAIN_GEORGE_AVEROF, October 25, 2019 in General Discussion