i recently did the ''send 3 invites through social media to earn 1 recruits container'' thing, and i've posted my WoW invitation code on 3 social media:

for evidence of my action, i enclose a screenshot below the post:

what should i do now?

and how can i get the 1 recruit container that i should get? (since i did what i was asked, as you can see by the screenshot below)

plz let me know, thanks. 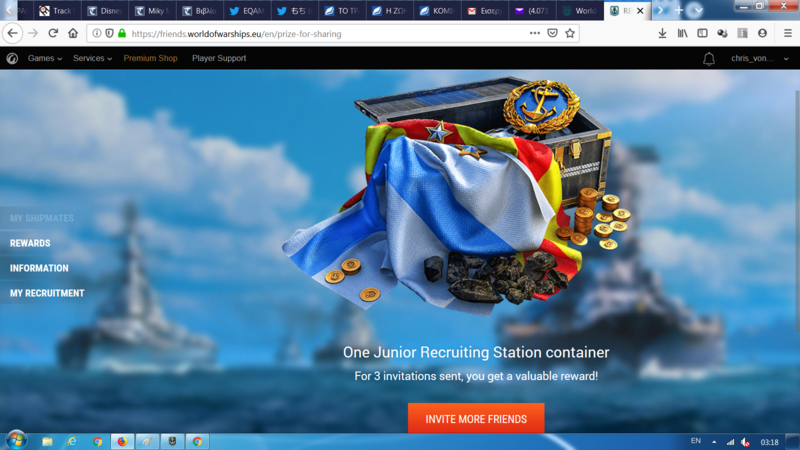