Enemy bot ships now more and more avoid fight and instead of going towards enemy (me and my team) or cap zones, they change their course from the very start of the battle and go completely nowhere near enemy or cap zone. Sometimes they turn completely away almost 180 degrees from their spawn from start of the battle and go away to hug border. How are we suppose to fight them? How can I chase them in my battleship? Is this a bug or feature, that programmers implemented fear into bot brains like this: this player killed over 40 thousand bots, lets fear him and run away from him!

Edit: Another case captured, enemy bot Alsace went straight for capture zone, but as soon as I started shooting him (after shooting at 2 dds in same area) he immedeately turn away from me (180 degrees) and run away from me right into our green dd who killed him, rather then to fight with me. So he died anyway, he didnt make his situation better. I had to chase him, but my Moustashi has 27 knots while his Alsace has 34,7 knots with boost, so how am I supposed to chase him or catch him or fight him, when he runs away from me, behind island and to another enemy, why they are avoiding me? And of course I get no fun, and little rewards for battles like that, thats bad. Replay attached.

Edit2: not one, but three bots sailing at first to capture point D, when saw me, turned 180 degrees away and start running away! What is that? Why is that? Bots used to charge at points and at enemies, now they are scared and running away (or trying to ram).

Edit3: enemy bot Vladivostok (me too Vladivostok) spawned at same positon as me (he sent 2 DDs at me, he knows they are exactly what I want to face with BB) and then guess what? he ran away... 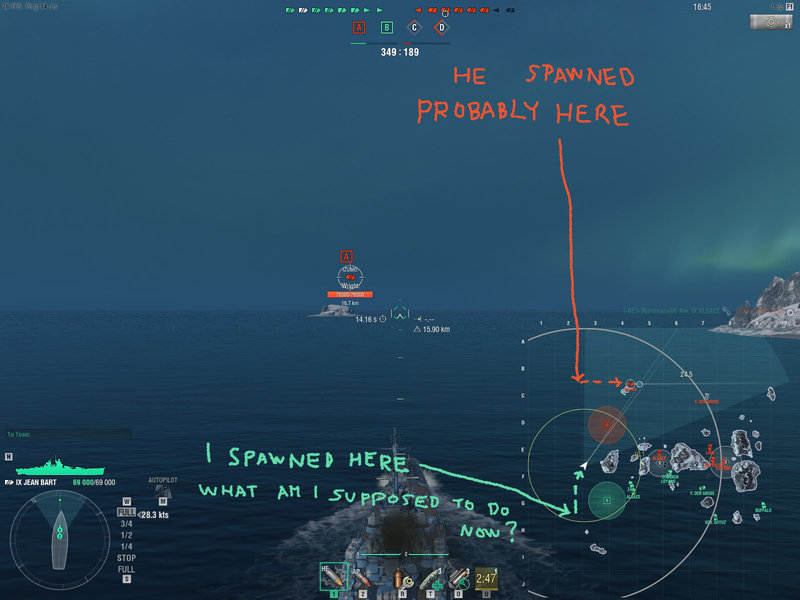 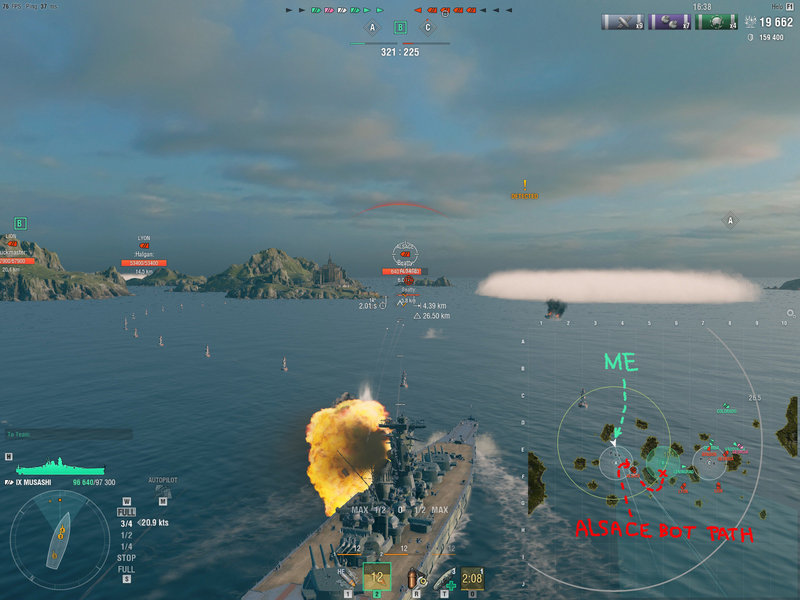 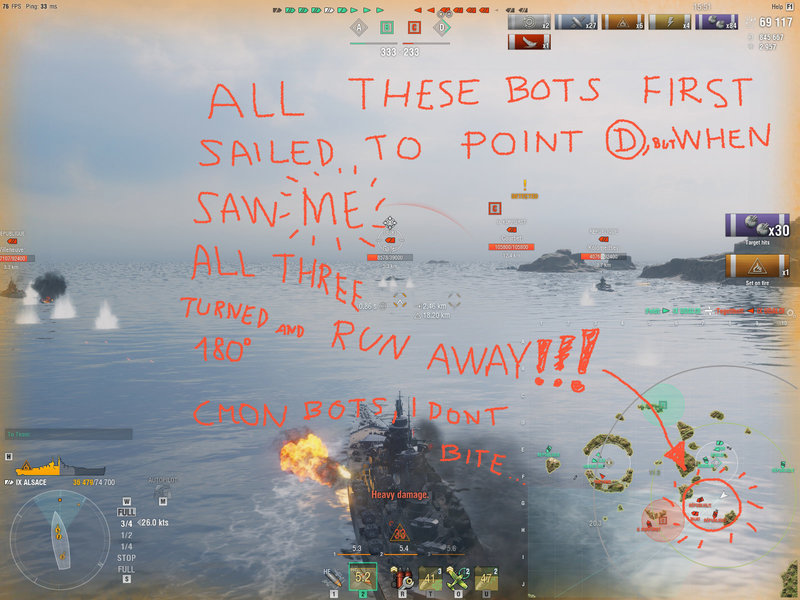 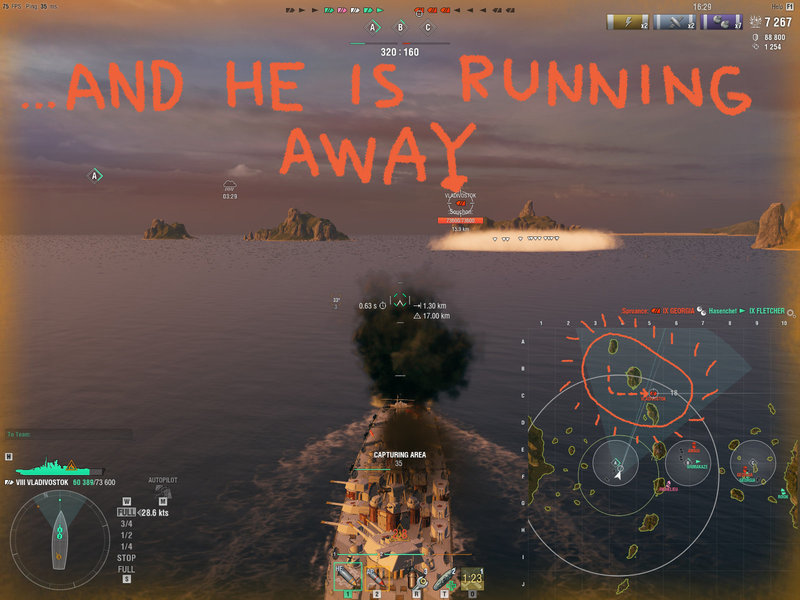 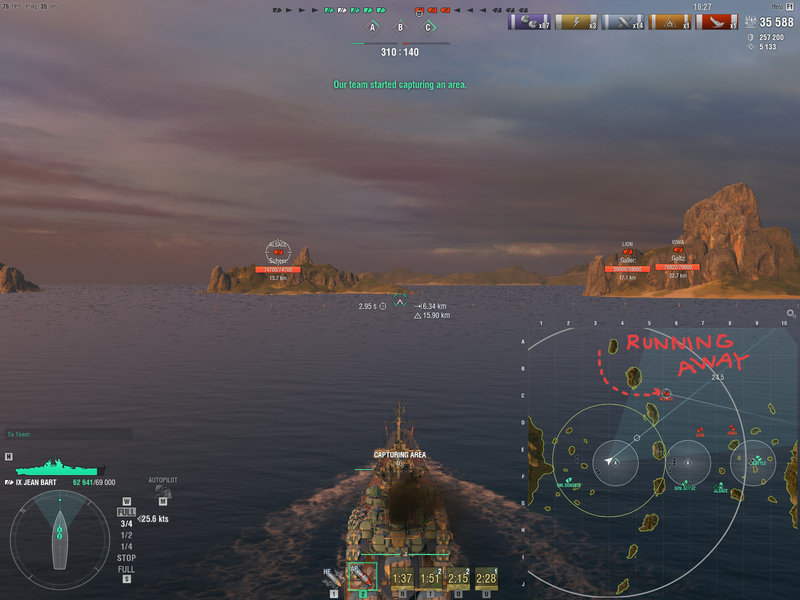 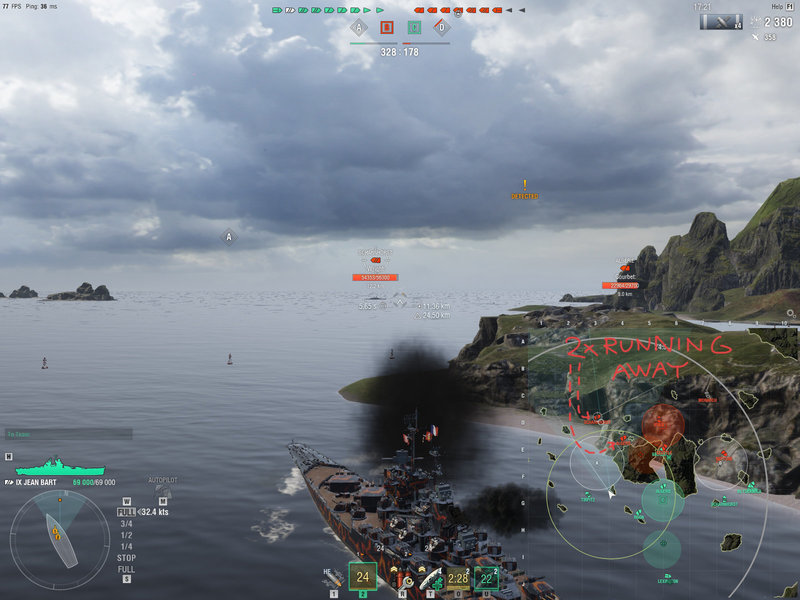 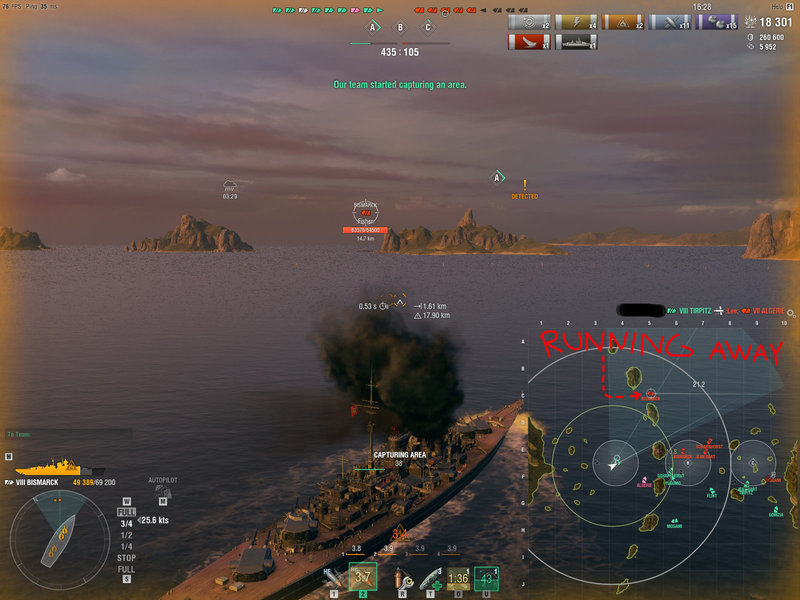 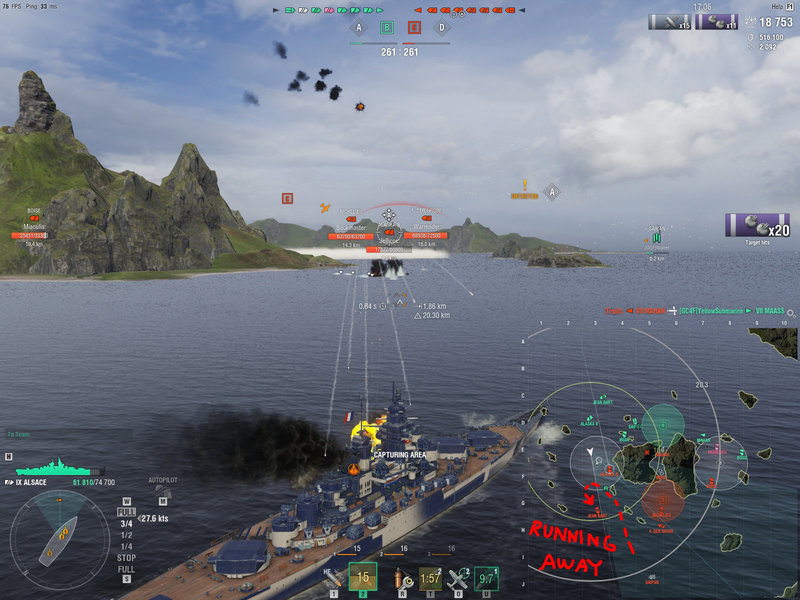 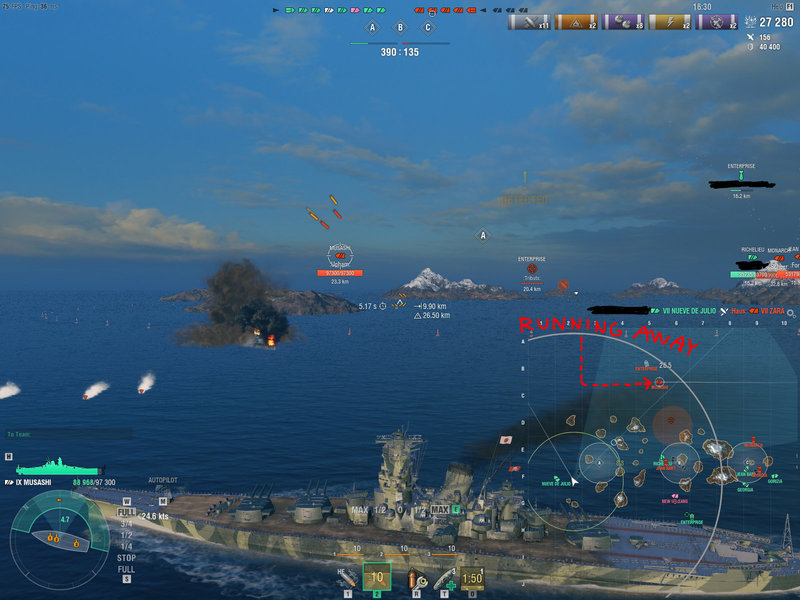 Edited December 19, 2019 by Anktarktic1
another case captured and added