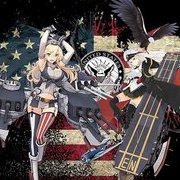 Question about the Marceau model ?

Well, Hello.
First I wanna thanks Wargaming devs, ships designers and staff for their great job.
So, I am French, and obviously, I like French ships a lot, but I really can't understand the choice of giving T10 destroyer Marceau this AA setup.
We just got the release of the full french destroyer line, and I can only see that Marceau isn't following the rules, and I would like an explanation.
So, let's see :

- Mogador get a fictionnal refit, with 2 57mm/60 ACAD Modèle 1951, meaning that this ship, launched in 1939, would have received a refit in 1951+. I am okay with that, makes sense, the plateform was quite good.
- Kléber, get 4 57mm/60 ACAD Modèle 1951, meaning that this ship was launched in 1951+, so we can agree that this is the norm for both high tier French destroyer, and almost all high tier minus Saint-Louis and Alsace