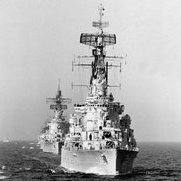 Maybe a bit rude to say but recruitment rewards and playersupport are one big FARCE!

My first WoWS post, after not so positive support treatment IMHO..

So like a year ago my WoT friend reffered me so i would get some recruitment rewards for joining WoWS. I was promised to receive a premium Diana T3 and a premium Texas T5 after first t6 techtree battle. The first reward I got, the latter (Texas) I did NOT. Instead of getting a tier 5 Texas, I get a 7 day Warspite. I admit that there's some time between it but still: a 7 day premium ship instead of full premium ship is a really bad compensation if you ask me. I wasn't aware of this replacement and the refferal program didn't show me any time/period restriction. So I was fully expecting a premium Texas after my first t6 battle just recently but I just got a 7 day Warspite....

So player support gave me an answer to my ticket that updates may change refferal rewards and thats it. Thats what you get, fake promises and no solution after complaing about it. Zero flexibility. A big dissapointment, especially in player support.

I just needed to ventilate my frustration about it, what are your thoughts about this? Am I just being salty or ?