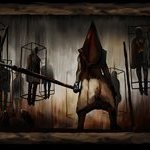 How to play the utter piece of crap that is Friedrich der große?