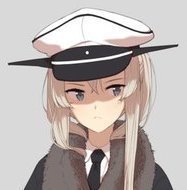 By Elektroboot, August 20, 2019 in General Discussion

Which option do you think would be best if acoustic torpedoes would be in-game?

55 comments in this topic