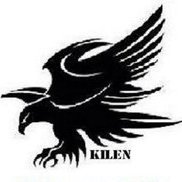 I noticed a potential problem about flags (those purchasable for doubloons), is it already known or supposed to work that way ?

not so easy to explain so,

sry for the long novel then, i will try to remain clear...

I recently found something quite silly in the port about flags.

It’s linked with auto resupply of flags, those which can also be purchased for doubloons like the one for +300% fxp boost (the PAPA PAPA flag, I mean, or I expect any of the others purchasable by doubloons, even if I only had the case with PAPA PAPA personally).

In case of ressuply it cost 8doubloons for each ones of them, wich is quite expensive and absolutely not worthy imo.

And that’s the potential silly part in fact...

A bit of context first:

During months I get hundreds of these +300% fxp PAPA PAPA flags in reserve, but recently I reached the end of my stockpile as I used them very often on all ships I considered as good enough to make good games.

So, recently I reached the end of my stocks and noticed after 2 games of auto resupply next then I lost 16 doubloons without understand why...

Checking listing of monetary countdown in right down corner of the harbour after end of a game, I quickly found it was bcoz of 2 resupplies for 2 last games and spending of these +300% fxp flags.

A bit pissed off, ofc, I immediately tried to empty them and reach zero stockpiled.

But there the trouble begins:

I noticed after next games, if u still have activated auto resupply for others flags, and if u have others ships in the harbour where the auto resupply is activated for that specific +300% flag, that the game gives u one flag and constantly resupply one flag of that type next... to resume, it never goes down to zero of that specific type of flags.

Could be seen as cool, after all that means automatically then that new/last flag of 300% fxp is free after each new game...

It’s very dangerous bcoz if u select the auto resupply for that specific flag (300% fxp or any able to be bought for some doubloons) in consequence, thinking the last is given for free, the game next time will NOT resupply it for free and instead automatically cost u 8 doubloons per resupply !

Wich can be very tricky if u don’t pay attention to details of monetary countdown after end of a game... 😒

I realised that after 16 doubloons unwillingly lost and next further 2 games trying to get down my stockpile to zero PAPA PAPA flag (wich seems impossible so), but any other player who doesn’t match that in 2 games could loose a significant amount of doubloons before understand where the leak comes from !

So, careful with that if u read this as player, survey ur stockpiles of doubloons regularly if u use flags and automatically resupply them all.

I think WG should fix that bcoz it’s somewhere dishonest even if it looks like the last always present single flag seems to be resupplied for free if not « auto selected », the real danger is the confusion and the tight nuance between free resupply and unwanted (aka forgotten) perma resupply for the cost of 8 doubloons each times !

Dunno if it’s intentional tho, I don’t accuse WG they did that on purpose ofc, but it still very tricky and very dangerous... easy to get tens and tens doubloons spent for PAPA PAPA flags u wouldn’t use or wouldn’t buy if it wasn’t for free or from previous rewards for a mission...

Not sure that problem have been id officially, but I guess that should be fixed just to prevent miscontrol and stupid waste of doubloons for a flag worthing far less than the true value of 8 doubloons in game...

thats it, I hope I’ve been clear in my explanations.

maybe I am wrong or there is a factor I misjudged explaining this phenomenon, but I don’t think so.

and the nuance/issue is quite tight, it’s very possible no one have not noticed it yet...(?)

hope it will help to fix the issue, if issue there is.