What did you get from 'Premium T6 Ship' container?

115 comments in this topic 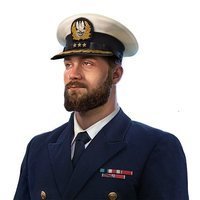 The rewards will be distributed in the beginning of the next week (likely around 30th of July). Will be released an article on the Portal with the main conclusions of the Summer Season. Right after the article release the good should be invoiced to all players who completed the requirements.
https://eu.wargaming.net/support/de/products/wows/hot-issues/25142/

Go to this message
Recommended