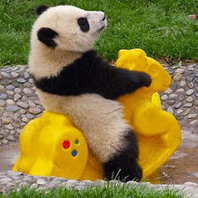 How about some happy little clouds?

By Belustigungspanda, May 30, 2019 in General Discussion