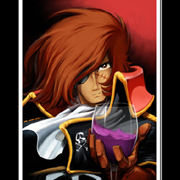 developing advice Proposal about malicious use of "Map Border Humping"

By CapitanoAraym, May 11, 2019 in General Discussion