Does ever WG and WoWs intend to honor Greece?

The german campaign against Greece gave two more months to Soviets to prepare and costed the Airborn units of Germany that were intended to be used to capture Soviet strategic points in soviet ground , and never used agsin as a task force.

Greece gave a lot of heroism examples like the one that fololows:

Greece had a fort line in its northern borders with Bulgaria that Germans failed to brake.

In one of the cases 3 soldiers under the command of Sergeant Istios that were a crew of a machine gun bunger fired upon a German Regiment over 38000 bulltes and surrounded only when his ammo was over. 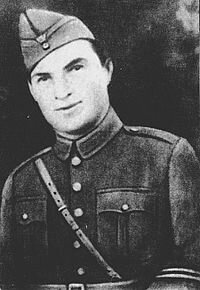 He costed to that Regiment 250 dead -not counting the wounded ones.

The German General Sorner 1st ordered the German Regiment to show honor by presenting arms and them he shoted him in the head.

Sorner: Where is your commanding Officer?

Itsios : There is none i am in charge here.

Sorner: Gongatulations, with your resistance you brought to life the spirit of your ancestors.

The German General ordered his men to present arms and then he shot him in the head.

Here is a wiki page in Russian since WG is Russian company. https://ru.wikipedia.org/wiki/Ициос,_Димитриос

WG ignores Greece in all its games. Despite the fact that without the Greeks "rasputitsa" would never be an opsticle to Germans if they were invaded Soviet Union 2 months earlier.

The question is simple: WHY???