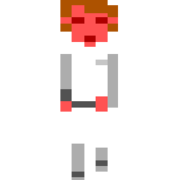 The new AA is boring

By CCRogerwilco, February 10, 2019 in General Discussion