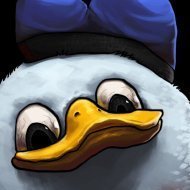 What do you do in this situation?

By You_Overextended, February 3, 2019 in General Discussion