Tirpitz camos for Tirpitz B?

Some premium permanent camouflages seem to be discounted and available in the arsenal right now, so my question is, will the Tirpitz skins work for my Tirpitz B?

This is the arsenal right now (pic), but it does not say if they work with the B-types, and I would hate to "waste" 1-2.5K gold on a skin I could not use..

Could do it in the name of science if nobody knows though ;) 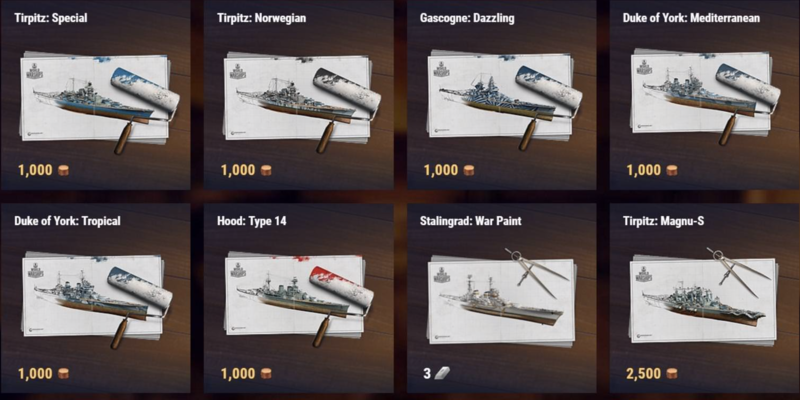