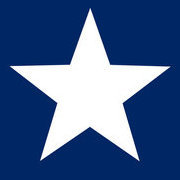 Hello, i have some questions about credit economy.

I recently got my second t8 ship, bismarck and i observed that economy isn't that good as lower tiers

The thing is that i always wanted a t10 ship because everyone has one , almost all the clans require to have at least one so yeah...

But recently was verry hard to increase, do to s stupid thing that i did and lowered my economy and credits to only 1 million, but still i saw people having t10 and 9 ships, being a t8 i sometimes fight against upper tiers, how those people can manage to hold on?, i saw on test server that a yamato cost is like 50k+ if i remember correctly so you need to win or do massive ammount of damage, as an relative new player i still learn or practice mechanics.

So how i can manage without any money spent to get at least one t10 ship, i don t need more, until now the economy was ok but still..is geting difficult i mean i don't mind playing my bismarck i kinda begin to play it well, still can be nice to have at leas one t10

So what ships and economic tips i can use to increase  the income or decrease the spending number or credits, also if i should go for a t10 ship.

Also i wanna mention that any premium ships or premium time that i can and will have is from missions crates or any sources, but not payed

15 answers to this question