Low FPS and almost unplayable after last update. Anyone else?

By albinbino, November 13, 2018 in General Discussion 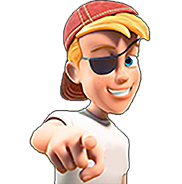