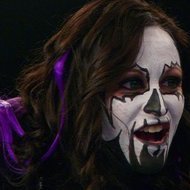 [Possible Spoiler inside for Season 3] Watched "The Man in the High Castle" the other night...